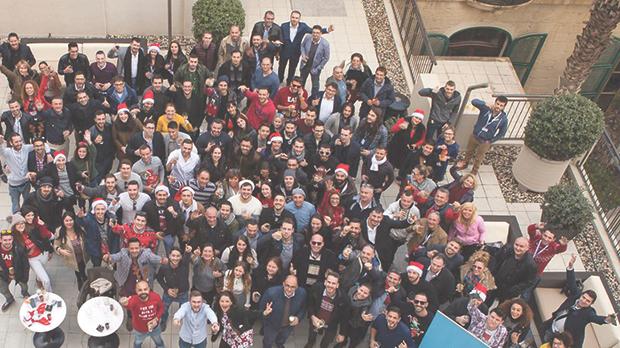 At a lavish ceremony held at the exclusive Waldorf Astoria Dubai Palm Jumeirah hotel on 11 October 2018, Waterfall Management Company was honoured with the Best Mixed-use Development in South Africa 2018/2019 award for the Waterfall development.

Besides scooping this prestigious award for the fifth year in a row, Waterfall was also nominated for Best Mixed-use Development in Africa by the International Property Awards – Africa and Arabia chapter. Now in their 26th year, the International Property Awards celebrate the very best projects and professionals in the industry worldwide, covering the regions of Asia Pacific, Africa and Arabia, Europe, USA and the Americas, as well as the UK.

The highest scoring, five-star winners from each category in Africa will be automatically put forward for re-judging against the five-star winners in the other regions of the world. Following this re-assessment, the 2018 International winners in each category will be identified as the ‘World’s Best’. These winners will be announced at the grand gala presentation dinner to be held at the Savoy Hotel in London on 3 December 2018. 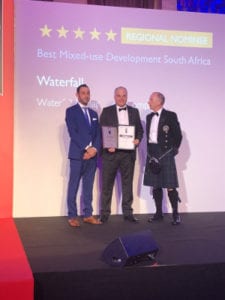 Willie Vos, CEO of Waterfall Management Company, said; “Waterfall made history last year as the first South African company to ever win the Best International Mixed-use Development award. We can only hope that we can achieve the same feat in 2018. We are thrilled to have once again won Best in South Africa. Fingers crossed for Best in Africa and then the world!”