Gemona West Interior Designs will be honoured at the African Property Awards, organized in association with Salice, at The Waldorf Astoria Palm Jumeirah Hotel on 11th October 2018. The 25 year old award event celebrates the highest levels of achievement by companies operating in all sectors of the property and real estate industry.

Commenting on the award Gemona West Interior Designs said, “We received an email to participate in the Prestigious International Property Awards which is the most prestigious and widely recognised programme throughout the region. As newbies in the industry we were a little hesitant, but decided to go for it just for the experience. Lo and behold we received the best news ever that not only did we qualify but we are the winners for the Office Interior Category Africa.” 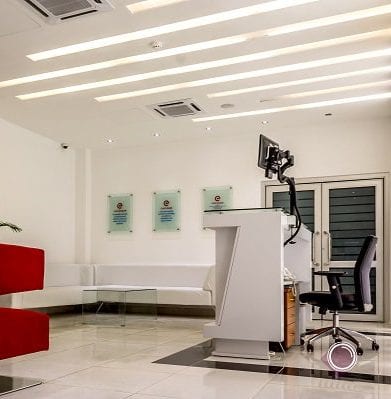 Gemona West Interior Designs has distinguished itself by its cutting edge and innovative service offerings. The company provides the highest quality Interior Design Consultation for discerning, quality-conscious clients that seek assistance in their design choices for their primary residences, and businesses.
The Gemona West Interior Designs’ success at the African Property Awards, is a testimony to how much progress the start-up has made since it won The Tony Elumelu Foundation Entrepreneurship Programme in 2015. The grant it recieved from the foundation became the seed money that contributed to the interior design firm and provided the financial backbone for its stability and growth.

The African Property Awards is judged by an independent panel of 80 industry experts. Judging focuses on design, quality, service, innovation, originality, and commitment to sustainability. The judging panel is chaired by Lord Caithness, Lord Best, The Earl of Liverpool, and Lord Thurso, members of the House of Lords in the UK Parliament.

The awards are split into regions covering Africa, Asia Pacific, Arabia, Canada, Caribbean, Central & South America, Europe, UK and USA. Participating companies are required to send in their entries at their relevant national level and are judged by a highly experienced team of professionals who cover the whole range of property disciplines.
The highest-scoring winners from each region are automatically entered into the overall International Awards which holds at the Savoy Hotel, London, on 3rd December 2018.