Moscow Business Center is the largest business complex in Nur-Sultan (Astana) with an area of ​​70,000 square meters, including A-class business center, shopping mall, conference center, restaurants and fitness outlets. The business center was built by Yelena Baturina, Russian business lady, as part of cooperation between Russia and Kazakhstan. Today, Moscow Business Center is the most landmark and recognized business center of Nur-Sultan – all the premises are leased, and the building’s image is on the 500-tenge bill, while the project itself is a popular tourist attraction.

Business Center’s chief Sergey Kozin — who has been running the project for five years now –shared on how the Russian Moscow Project evolved in the capital of Kazakhstan. 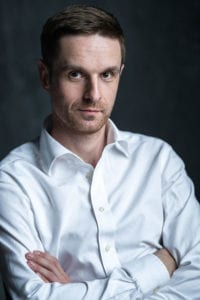 What has become a key in accomplishing such results?

The concept of the project has a crucial role to play. The basic idea is the key to a successful start. The concept of the Moscow Project was underpinned by the idea of creating a business park – a modern, comfortable and safe business space with a sophisticated infrastructure. Other than the office premises, the building is home to nine restaurants, five multi-format fitness clubs and a shopping center.

Well, you are not the only multi-functional complex in Nur-Sultan, are you?

No, we are not the only one. I believe it is very important not just to appear, but to be in reality a successful project and to be proud of your work. Moscow Business Center is the first project in Nur-Sultan that has managed to deliver a complicated multi-mission concept. We have pioneered this aspect and have thoroughly designed the idea of the building’s multi-functionality. Today, Moscow Complex is both a business center and a place to relax, open 24/7.

There aren’t any fully-fledged rivals to our project in Nur-Sultan yet. While some are only being built, the others are in development, claiming multi-functionality concept.

We have always been at the cutting edge of the market with our project and gave the market high quality standards and experience gained in Russia. We were the ones who delivered the first Russian Development Project in Nur-Sultan, and got tenants to occupy the capital’s first versatile complex. These are the accomplishments that make up the entire success of the project.

Moscow Business Center has unusual architecture. Has this influenced the project’s success one way or the other?

Certainly, it has. The building has a distinctive skyline and originally bright architecture with a unique external panoramic elevator. This enabled the project to become the city’s sightseeing place. Well, we had to sacrifice lots of our effort.

It was ahead of EXPO-2017 exhibition that we were especially focused on promoting the project as a tourist spot, trying to make the most use of the market opportunities at hand. We developed cooperation with travel agencies. While the Baiterek Tower was under renovation, the only alternative available as a viewing platform for tourists was the skyline restaurants on the two upper floors of the Moscow Business Center. During the EXPO-2017, a large number of foreign delegations visited our building and the restaurants. 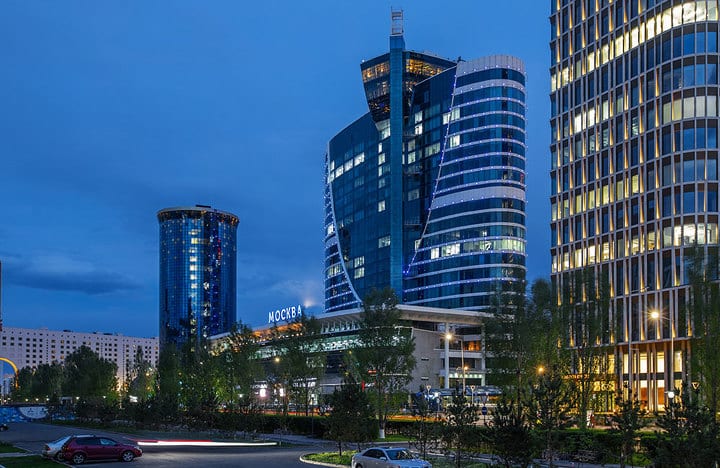 Post-EXPO commercial real estate market found itself oversaturated with the offerings from new business centers. What helps you retain a steadily high level of occupancy in the new market environment?

This is an entire package of attributes, such as high quality of offices and the building and premium-grade location, architecture and value-for-money factor.

Of course, our tenants rotate, but the premises are never vacant for a long time. Sometimes customers come back. This could be employees of our former tenants, now as seniors of other companies or projects. They bring their companies to Moscow Business Center.

In late 2017, Moscow Business Center made its way onto the currency of Kazakhstan.  What has this meant for your project?

When we learned that the image of the Business Center was placed on a 500-tenge bill, this became a big surprise for us. This is great honor for our team and a sign of nationwide recognition that our project enjoys.

The chief challenge that our team had to deal with was to build a platform for delivery of local and international projects. Well, we’ve made it. The main tenants of ours are large international and national companies representing strategic and socially important industries of Kazakhstan. The image of the Moscow Business Center on a local bill is very symbolic in this context.

Yes, we came under the spotlight of the public, press, and bloggers. Panoramic elevator and the interiors are used by TV companies and photographers for their footage sessions. Bloggers often visit us to shoot their videos that often are not related to our building.

Being placed on the national bills is a bright occasion in the timeline of our project just like winning the Asia Pacific Property Awards.

Could you tell us about your participation in the Asia Pacific Property Awards?

Asia Pacific Property Awards is an Asian Pacific section of the International Property Awards, a high-profile international property contest. The awards are also dubbed Oscar for Development. Projects are evaluated by independent jury consisting of 80 international judges. The jury is chaired by lords of Parliament.

Moscow Business Center was awarded with honorary victory in the nomination of Office Development of Kazakhstan. In May, we will attend the award ceremony of the Asia Pacific Property Awards 2019-2020.

We are proud of the Moscow Business Center brand and of the fact that the accomplishments of our team in developing and promoting the Business Center have been recognized internationally.